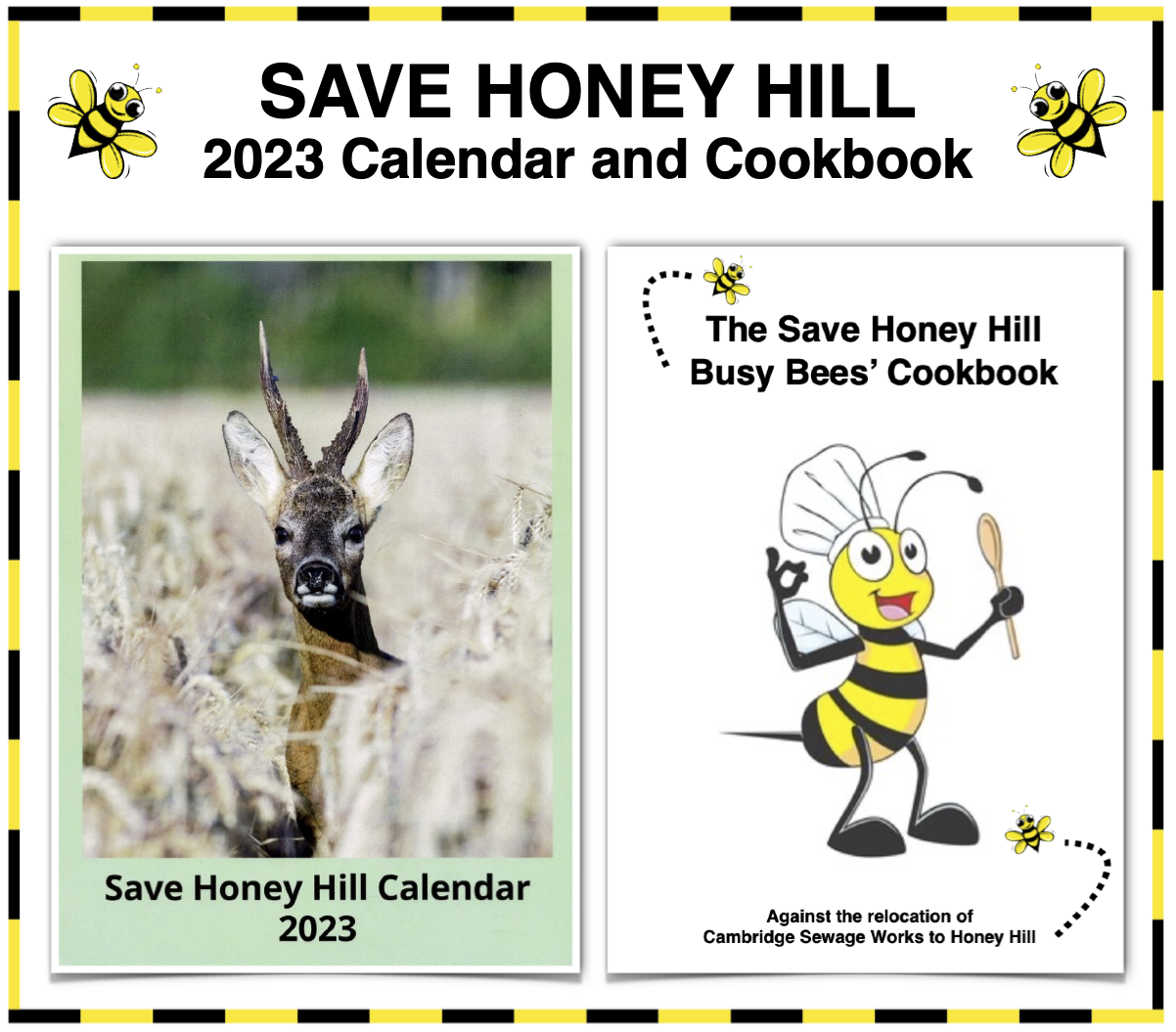 The Save Honey Hill Cookbook, full of some fantastic recipes from villagers and friends, is now on sale. The price is now £10 for one copy. Orders are very welcome and we can deliver. All profits to the Save Honey Hill campaign, against the relocation of the Cambridge Sewage works to Honey Hill, between Horningsea, Fen Ditton  and Quy.

We still have calendars for sale at £10 each too.

For either please contact SHH. An ideal stocking filler for any of your friends or family! 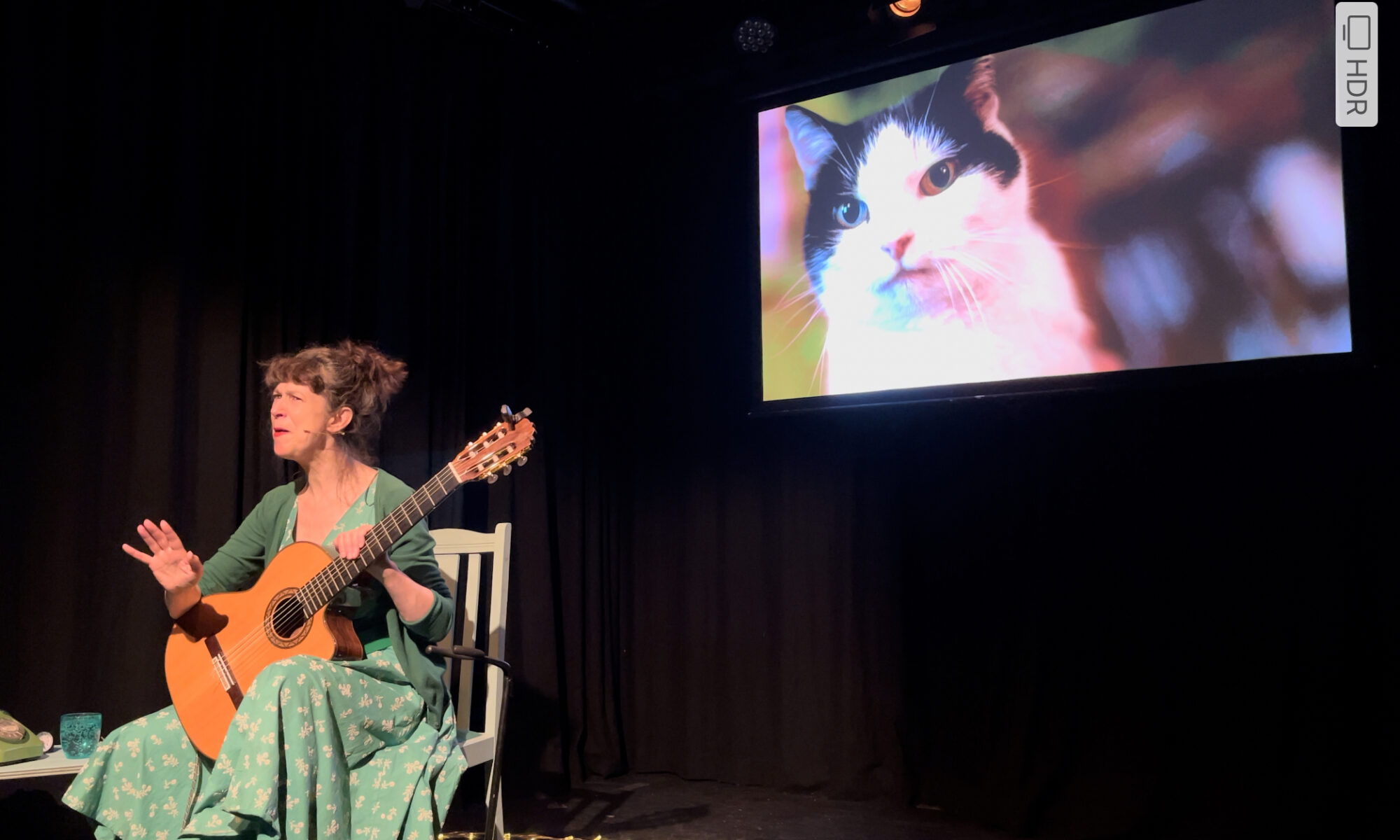 Following on from her very successful stint at the Edinburgh Fringe earlier this year,  Save Honey Hill’s very own comedy songstress, Liz Cotton, finally brought her show, Last Stand on Honey Hill, to the Cambridge Junction on Saturday night.

With her marriage on the rocks and her children flying the nest, Liz has used a well-honed skill of writing comic songs to help her cope with all life can throw at her, including a billion pound private water company wanting to plonk its new sewage works on her doorstep.

Saturday night’s show was a sell out and for good reason.  Liz’s reputation obviously preceded her and she did not disappoint – people had come from as far away as London.  I must confess, I didn’t really know what to expect.  Liz had warned us that her show was most definitely for adults only as it included very adult language.  But I could not have foreseen how clever and accomplished her writing skills are that her saucy and yes, at times very adult themes and language, were simply hysterically funny and not the slightest bit offensive.  Certainly for me, there was more than a hint of recognition in her song titled “Why Don’t You Know What To Do?” as she reeled off a myriad of examples of how her husband, Phil, ‘annoys’ her.

After briefly covering personal and family trials and tribulations, Liz proceeded to bring the audience up to speed with the ridiculous plans Anglian Water have for Honey Hill, ramming home with the use of video and photos, the beauty of the Fens landscape with resident wildlife, that’s being targeted by Anglian Water as the new location for its industrial plant.  Through the power of laughter, comedy and Liz’s adorable cat, Purdy, we were all reminded of why we have spent the last couple of years fighting this heinous plan and I for one am incredibly grateful to Liz for the injection of fun in what could otherwise have been a thoroughly miserable time fighting for our Green Belt.

At the end of the show, members of the It’s Crap Community Choir were on hand to join Liz on stage to debut a new number, Honey Hill Honey. They were greeted with rapturous applause and I even spied some younger members of the audience clapping and nodding approvingly with more than a hint of respect for these oldies getting down and strutting their stuff in the name of protest.

Finally, it did not go unnoticed that aforementioned, Phil (Liz’s long suffering [??] husband), was standing proudly at the back of the venue as we all headed to the bar at the end of the show.  Clearly their marriage has had a happy ending and hopefully so too will the Save Honey Hill Campaign! 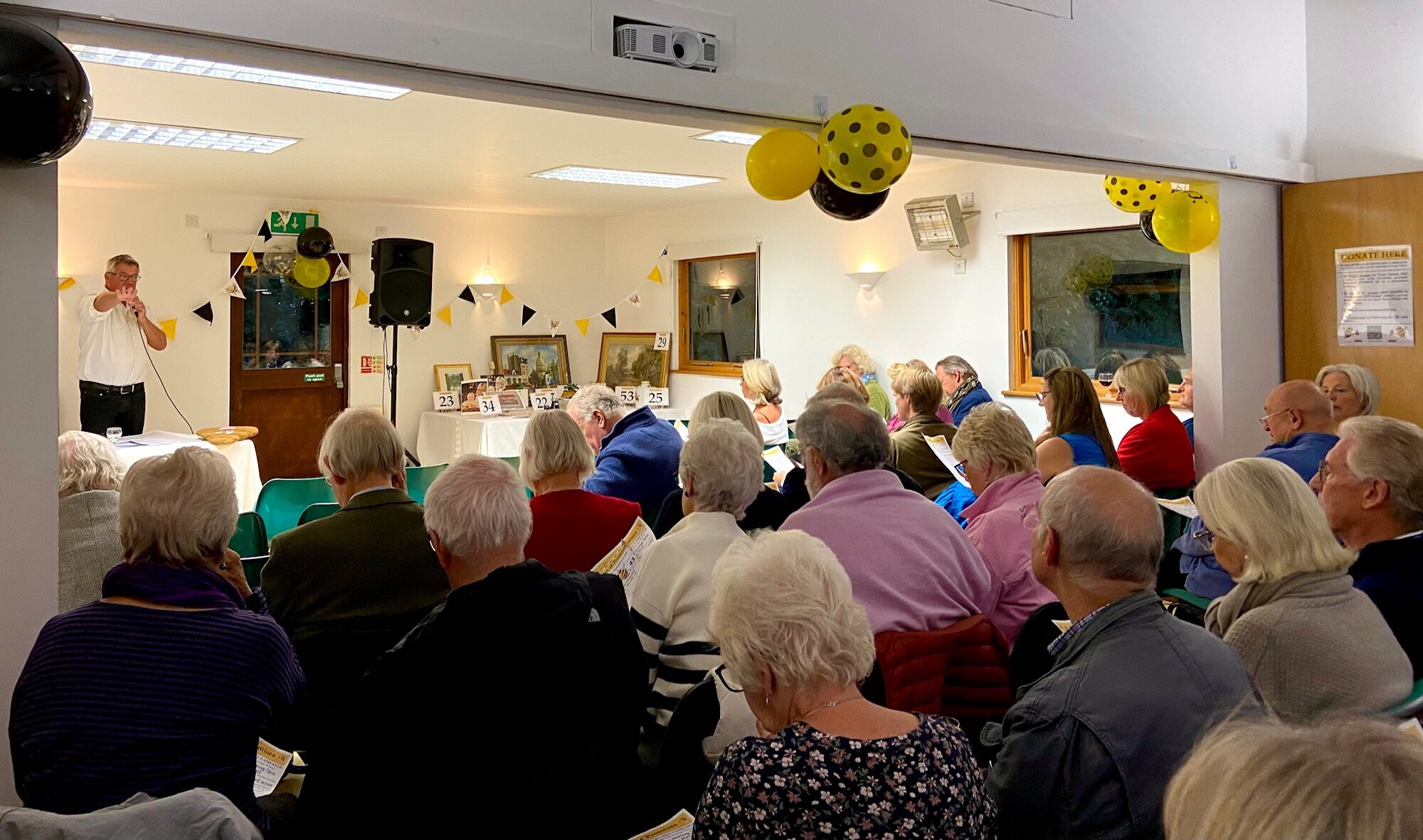 There are some fantastic offers available (see the list below). Tickets to attend on the night at Horningsea Village Hall are limited to 75. These cost £1.00 and attendees receive a complimentary glass of wine. So please buy them soon to avoid disappointment.

Tickets £1 including a glass of wine

Please contact info@savehoneyhill.org for tickets and for more information.

You can read more about why this is important on our website and the Cambridge Independent.

Right under our noses, a Crime against our environment is taking place. Anglian Water is preparing an application to move a fully-functioning sewage works less than a mile to a new location on arable farmland in the Green Belt at Honey Hill between the villages of Fen Ditton, Horningsea and Quy. They are doing this with £227 million of public money too1. Save Honey Hill will challenge this application and need legal advice in its preparation and legal representation. Save Honey Hill need £50,000 to cover the cost of the required legal expertise.

This is our last chance to stop the relocation. Please donate whatever you can (no amount is too small):