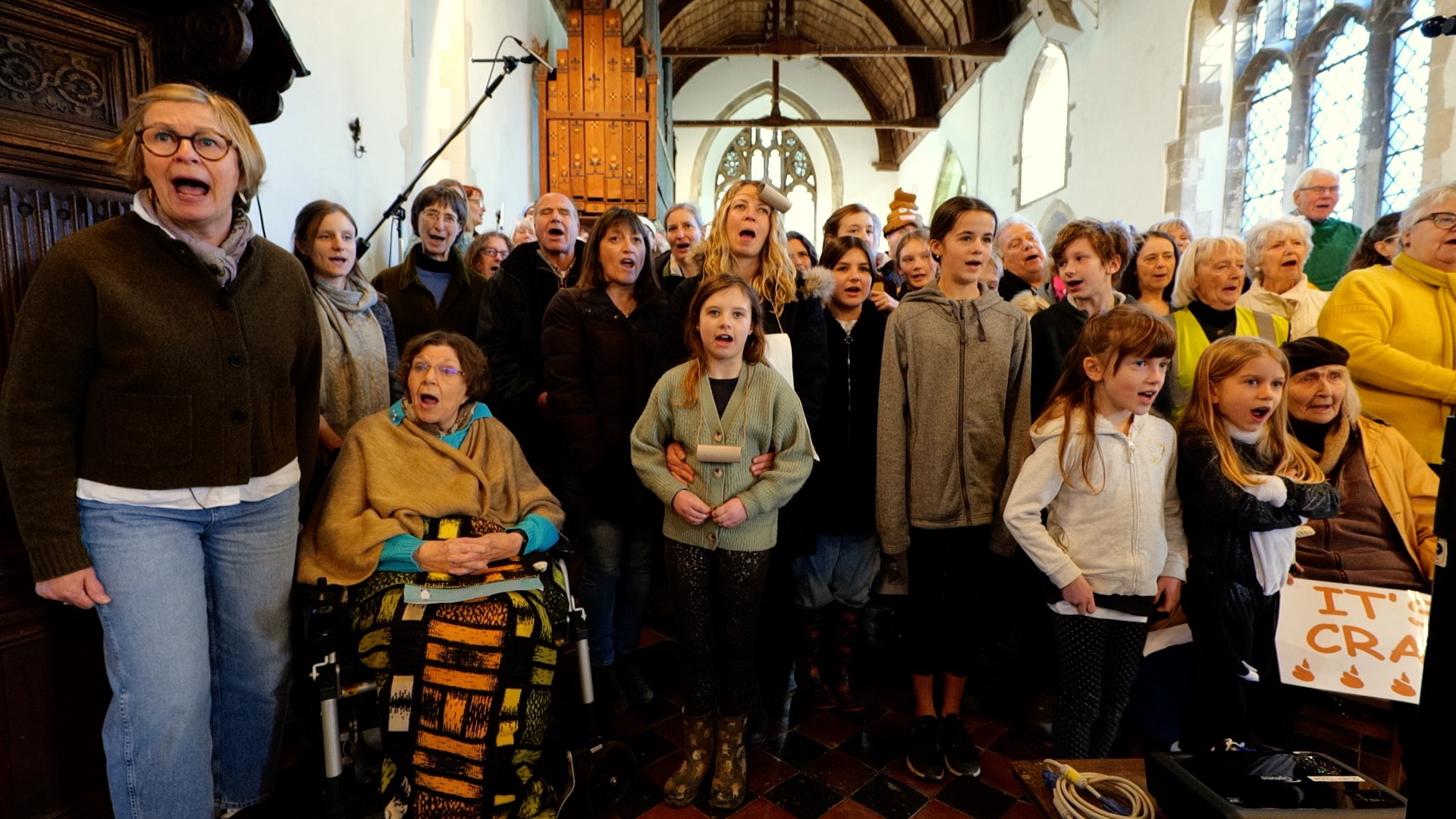 IT’S CRAP by The Save Honey Hill Community Choir has been covered by many local newspapers and shared widely on Twitter and Facebook since its release two weeks ago. It’s even been played on Cambridge105‘s Strummers and Dreamers show.

Our comedy protest song is against the unnecessary relocation of Cambridge’s sewage works to Honey Hill, a beautiful, unspoilt site in Cambridge’s Green Belt. The climate impact of demolishing one functioning sewage plant and building another, just 1.5 km away will be enormous.

The song was written by local resident Liz Cotton and was recorded in the village church. The music video is part of the Save Honey Hill campaign, active on Facebook, Twitter and Instagram. Anglian Water will be submitting its application later this year to the government’s Planning Inspectorate.

We are also included in the Planning magazine’s daily news roundup of planning matters: