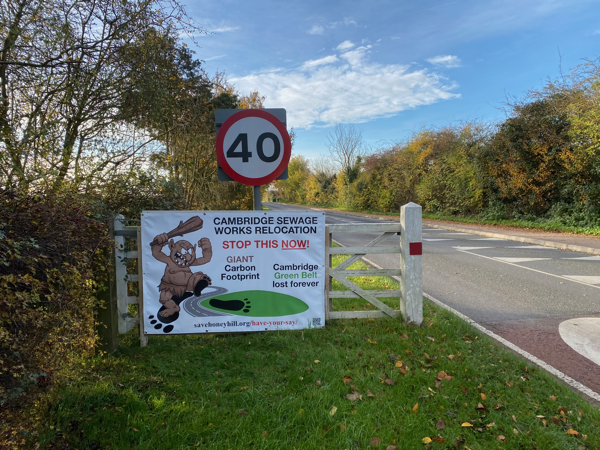 Whereas this plan is being publicised as being very green there is no mention in the Local Plan that development at North East Cambridge is dependent on moving the sewage works to Green Belt at Honey Hill just outside Horningsea and Fen Ditton.

Save Honey Hill believes that producing a Local Plan without mention of the relocation of a major infrastructure project to Green Belt is disingenuous and lacking transparency. 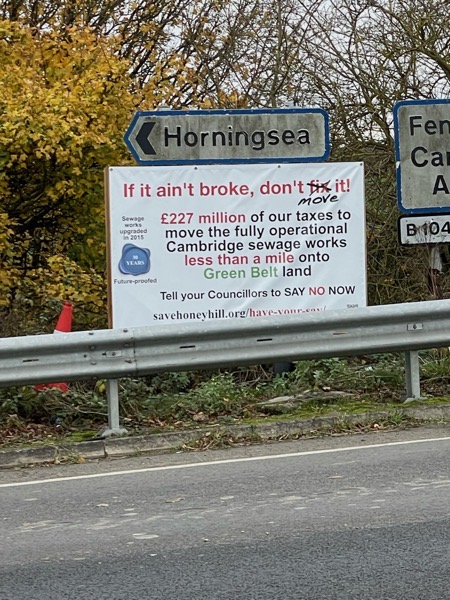 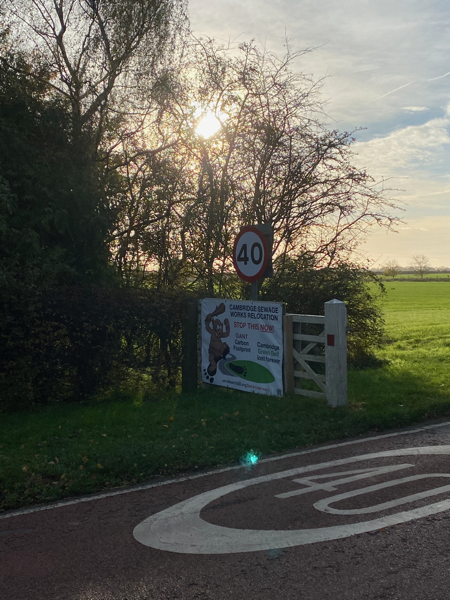 Anglian Water are guests on the BBC Radio Cambridgshire Jeremy Sallis show on Monday 15th November between 10 and The Save Honey Hill group collated some questions from members and residents of the villages surrounding the proposed site of the relocated sewage works. The questions were emailed well in advance of the show. If they are answered then we will attempt to put Anglian Water’s reply here.

Update. The Anglian Water Hot Seat Q&A was postponed due to COVID.

Apologies. Our @AnglianWater Hot Seat Q&A has been postponed due to COVID issues (mine) but hoping to reschedule for next week. Keep you posted! pic.twitter.com/dyYN0cV7RF

Here are the questions:

Taking into account a motion passed by the House of Lords to place a new legal duty on water companies to ‘take all reasonable steps’ to prevent sewage discharges and the fact that the UK has some of the most polluted rivers in Europe, it would be expected that Anglian Water will design a 21st Century solution to avoid this problem. As they are hoping to build a brand new plant, it will need to be able to cope with greater rainfall, probably a larger site, with wetlands and reed beds. Not a small 22 hectare site surrounded by a bund. Will Anglian Water reconsider the design at Honey Hill due to public anger at the present low standards of water treatment?

What does Anglian Water say about the fact that councillors have said that rather than being asked to move by Cambridge City and South Cambs District Councils, the relocation is of its choosing? If this is true, how then does it qualify as a Nationally Significant Infrastructure Project when Cambridge already has a fully-functioning sewage works and sludge treatment facility?

What budget would be required to provide an appropriate long term solution for the City’s waste water and sludge treatment, instead of the cheapest solution with a move just a few fields along to a Green Belt location still on the edge of the city?

Is it correct that the proposed plant relocation to a Green Belt location on the city edge is planned to have 146 HGV movements a day, including waste sludge being imported from as far away as Huntingdon and Ely? This doesn’t seem a very environmentally friendly solution for a new build!

Given all the new housing planned for the area and that the chosen site of Honey Hill is still pretty much on the city’s boundary like the existing site, has Anglian Water been ambitious enough in its site selection? –

Given the huge amount of money already spent on this project before building has even begun, where will the rest of the money come from if the build exceeds its budget?

When will we see the report of the Phase Two Consultation? It is important that we can view everyone’s comments before we go into the Regulation 19 Consultation in February 2022

The proposed entrance for construction will be on Horningsea Road, a small but busy country road with a weight limit banning HGVs because it is considered unsuitable. It is also a cycling route well used by both school children going to Fen Ditton Primary School and other cyclists commuting in to town. What steps will Anglian Water take to ensure that my daughter (and the many other school children using this route) does not have to share her bike ride with these horrendous vehicles? When she arrives at school, how will she be protected from the dust and noise pollution from the construction works?

What support is Anglian Water providing for the well-being and mental health of local residents who could not have reasonably expected this plant to move to the Green Belt near their homes? What compensation will be provided by AW for those who can demonstrate they have been affected as a result?

How is it right that AW is receiving a fund of nearly a quarter of a billion pounds of public money to relocate a fully-functioning sewage works which was upgraded at a cost of approx. £22 million in 2015 (to future proof it!), when its Haslingfield plant, which discharged raw sewage 49 times in 2020, is being ignored?

How does this move, which could be argued as unnecessary, help to address the climate emergency declared by the City and South Cambridgeshire councils when there are already sufficient housing allocations available elsewhere? Doesn’t this seem madness?

Are the current site investigations being undertaken by Anglian Water all being funded through the £227 million Housing Infrastructure Fund grant, paid for by our taxes, including all the expert consultants who are putting together a significant case at great expense to obtain permission to re-build a fully operational plant in the Green Belt?

Why has Anglian Water not made available for scrutiny their feasibility studies of alternative sites for their relocated Cambridge waste water treatment plant?

Why were the shortlisted three sites so close to the existing Cowley Rd site? Why do we not know how much more it would have cost to have had a site which did not harm the setting of Cambridge and its necklace villages nor create a large ‘no-go area’ in the Green Belt close to where the city wants people to live, or a site where it might have been possible to partially sink the tallest structures?

In order to qualify for government funding for the relocation, did Anglian Water have to produce a cheap proposal, never giving the community the option of a better or more ideal solution to consider?

How strongly is Anglian Water pushing for a dedicated access off the A14 to the new proposed waste water treatment plant?