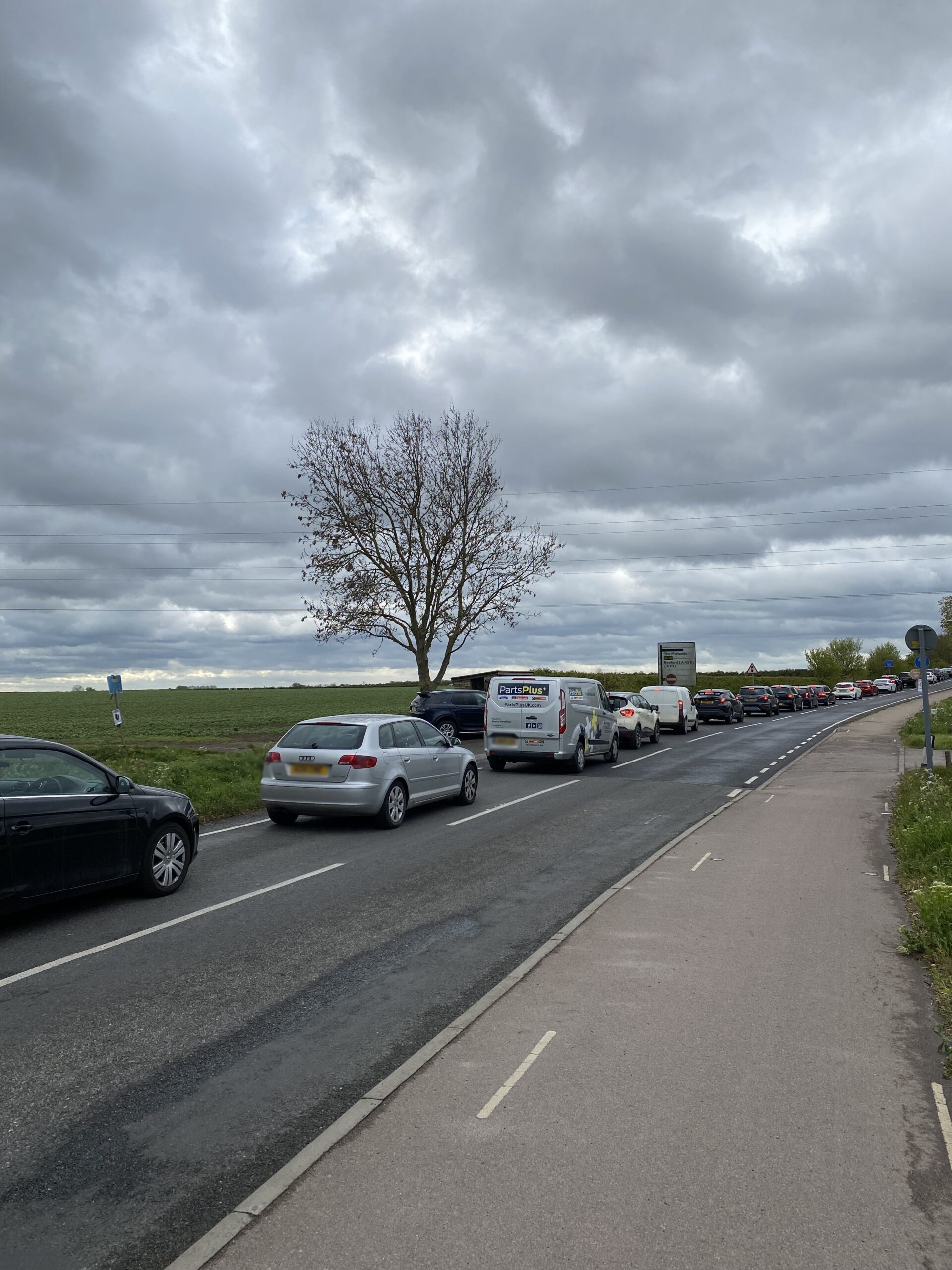 On the morning of the 4th May, just after the Bank Holiday, two fairly minor incidents caused major gridlock on Horningsea Road, just near Low Fen Drove where Anglian Water are suggesting their construction traffic of 140 HGV movements a day will access/exit Honey Hill –1

There was a water leak in Fen Ditton with the resulting roadworks, and then a collision between two vehicles. This caused traffic to be backed up to Horningsea. Journey times of 40 minutes from Horningsea to Fen Ditton were being reported. Parents on the school run were abandoning cars in order to walk to school.

Traffic was queueing on the A14 and the length of the slip road to exit the A14. This is the route that Anglian Water say their construction traffic will be using to access Honey Hill from the A14.

It shows just how unsuitable it is to use Low Fen Drove for construction traffic! Our local roads are already full and minor issues cause serious blocks. Any additional traffic will have a serious impact on the villages in our area. 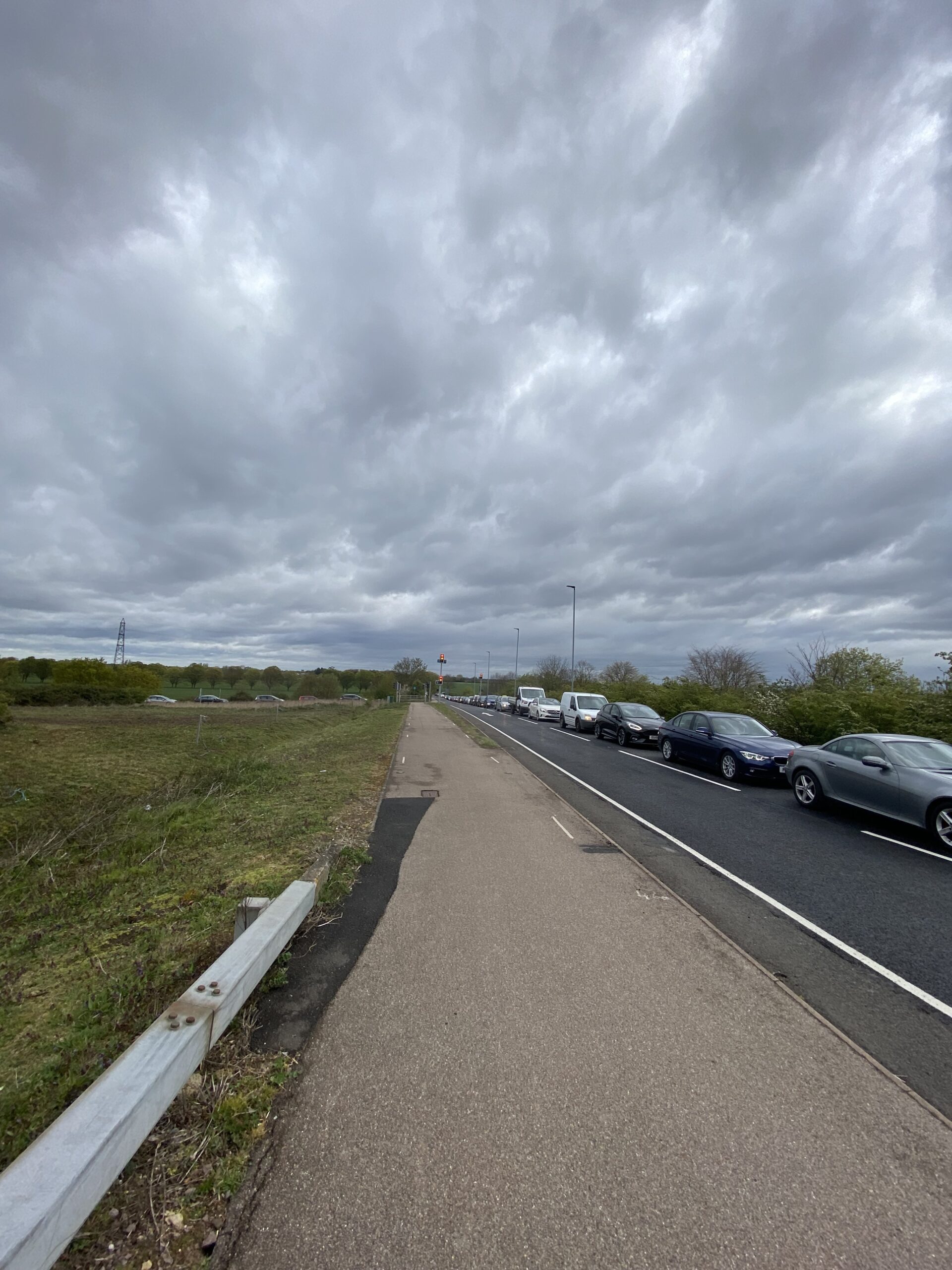 The election takes place on 6 May 2021.   Save Honey Hill Group has invited the candidates for the Waterbeach and Fulbourn Divisions to state their position on the proposed relocation of the sewage works to Honey Hill.
Statements from candidates have been added to this website in the order in which they are received – For any candidate, who has not yet sent a statement, then it is not too late to do so.
Save Honey Hill has no political affiliation as a group.
Liberal Democrat Cambridgeshire County Council candidates Anna Bradnam (Waterbeach Division) and Claire Daunton (Fulbourn division)

“Your Liberal Democrat councillors have been open and honest in setting out the options now available to residents on the re-location of the Cambridge Wastewater Treatment Plant. There are no planning grounds on which South Cambridgeshire District Council can challenge the decision to relocate the plant. It is allowed for in the current Local Plan 2018, which was found sound following an Examination in Public in 2014. Funding for the relocation was sought by the Conservative-controlled Cambridgeshire and Peterborough Combined Authority in 2017, supported by Labour-controlled Cambridge City Council and Anglian Water – not by South Cambridgeshire District Council.
Under the DCO process, Anglian Water will now submit a planning application for Honey Hill (a choice of site which none of us supported) directly to the Planning Inspectorate. Your Liberal Democrat councillors have made it clear that the application would have to meet high standards of operational efficiency, odour control, screening and landscaping to get our support. In addition, to reject it outright at this point, would jeopardise our ability to take part in any decision on it, should it subsequently be referred for local determination.”

“I strongly share the concerns of local residents of the proposed Honey Hill development, it is simply not an appropriate site. There are clear issues regarding access to the site, given the weight limits on local roads and the potential increase in HGV traffic. This also brings safety concerns given the existent cycle/footpath routes from Horningsea via Fen Ditton or National Cycle Route 51 along Newmarket Road. If elected to the county council, I would endeavour to represent the views of impacted residents and work closely with colleagues on the district council to achieve this.”

“Your local Labour team have major concerns over the relocation of the Cambridge Wastewater Treatment Plant. Our view is that there was no sound ‘business case’ from Anglian Water for moving the plant. If there is an opportunity to reassess the case for relocating the plant, we would support that 100%.
Our greenbelt should be protected – and brownfield sites should always be prioritised for future housing developments. The roll-out of the Greater Cambridge Local Plan is moving at a fast pace and not always with the level of scrutiny we should expect as villagers. South Cambridgeshire District Council (SCDC) in particular have been waving through every development opportunity that comes along (in order to meet housing delivery targets that they have been falling behind on).
This is a big concern as it means the usual oversight and scrutiny is not happening.
As a County Councillor I wouldn’t have direct influence on the planning authorities (or the Combined Authority). But that would not stop me speaking out and challenging them on their approach (as I have done) – which in my view is too much, too fast and without the appropriate level of scrutiny.
As County Councillor I would also seek to minimise the impact of the relocation project (if it goes ahead) and demand that the next stage of consultation listens to villagers and offers real choices.”